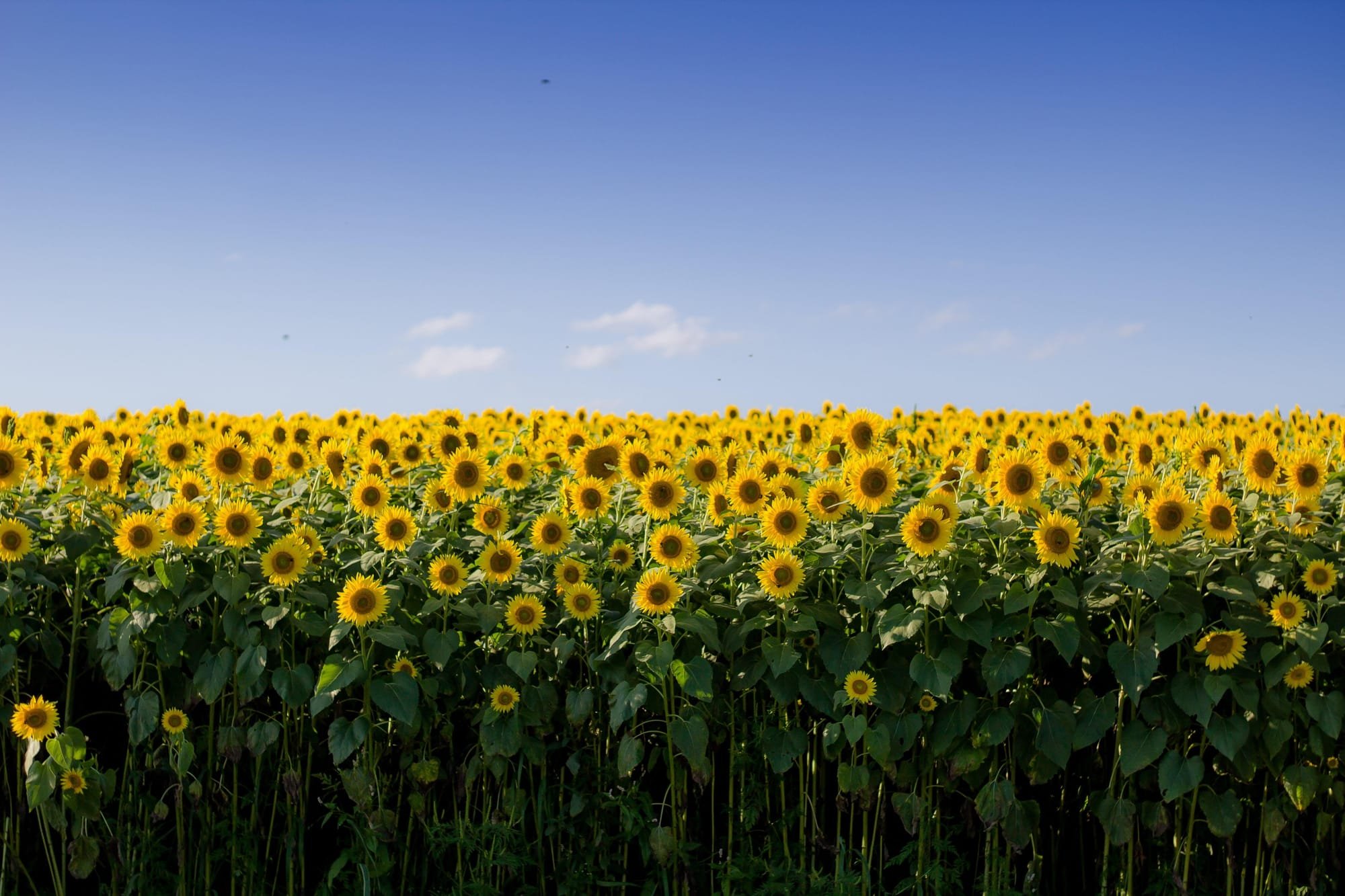 In this article, I interviewed Colin Campbell-Austin who I met a few years ago at Channel Four. Since then we've worked out that our paths may have crossed before that point when we both worked for British Airways. I asked Colin to tell me a bit more about his career and how he got into his current role.

Colin always wanted to travel and experience different cultures. He remembers seeing an advert for British Caledonian on the TV. It had the all-female cabin crew lined up on the steps to an aircraft, and the passengers were singing, 'I wish they could all be Caledonian girls.' Colin told his mother, that was the job for him, but his mother said, 'Don't be silly, you can't do that. That's a job for girls.'

It was a formative moment. Colin remembered thinking, "That's not fair." It was the first time that he felt excluded. Undeterred he grew up and got a job as cabin crew with British Airways. Colin loved the job but realised he liked meeting diverse people from all over the world as much as did the travel.

It was this experience that made him understand there is no problem involving people that can't be solved as long as you 'connect, talk and listen'. Colin says, 'I've always been good at reading people. I think that's due to my upbringing. I'm mixed raced. I knew from a young age that I was different. I felt that I had to understand people and adapt my behaviour to suit different people. I also knew that I was gay, but I didn't know what being gay meant. On TV, gay men, or presumed gay men, were funny. They were loud, outrageous, witty. I wasn't like that, nor did I want to be. So, through the media, growing up, I wasn't quite sure how I fitted in or where my place was. I chose my friends carefully. When it came to my career, I deliberately selected companies where I felt that I could just be me. I thought that connecting with people during job interviews and asking them the relevant questions was important.’

At British Airways, Colin had an amazing manager. She asked him to apply for the role of cabin crew manager. He was successful and headed a team of 450 people at Gatwick. After a decade, he felt ready for a new challenge. Media attracted him because growing up, he never saw himself reflected in the media, or on the TV and wanted to help change that. Colin got a job at Channel Four where he was responsible for learning and development and entry-level talent programmes.

Colin told me, ‘I loved Channel 4 because it was all about people, diversity and that different voice. Inclusion and diversity come naturally to me. When an opportunity came up for me to join the Telegraph Media Group, I jumped at it. The Telegraph wasn't known for diversity. So it was a challenge that I wanted to take on.’

I asked Colin to talk more about an innovation he developed at BA called the Talent Garden.

‘When I got my 450 person team, they were considered to be the worst-performing team in the business. Not having done anything like it before, I decided that I'd take the same approach as I did onboard the aircraft. I would go out and meet all of them and connect with them. I referred to my team as the Talent Garden.

Some were sunflowers. They were the obvious talent that would reach for the stars and given a bit of nurturing would get there. At the bottom, were the weeds, that I really, really did need to deal with. If I didn't deal with those weeds, they would bring the sunflowers down eventually. The biggest surprise were the flowers in the middle. A huge band of people that came into work, did their job and went home. Being cabin crew, they're a remote workforce. They didn't feel included or part of anything. I focused my efforts on this group of people and tried to create an environment where people felt included and that they were all working towards a common goal. To my surprise, I found that I had huge amounts of hidden talent. By giving them that extra support it meant that they did well. That was the biggest surprise for me in that role.’

Colin's Talent Garden went from being the worst-performing team in the business to the top-performing team at Gatwick. He achieved this by understanding the individuals in the team and connecting with them. All this happened within the company policies and frameworks but he found that by being flexible and treating people as individuals, he could help them in ways he couldn't have done before. In turn, they felt part of something and wanted to give back, which was good for them and the business.

We moved on to discuss Colin’s thinking around the use of the word diversity in organisations. He confessed he doesn’t like the word in the workplace because ‘the word means different. But when you say diversity to people, they automatically think of the different strands of diversity and people feel excluded.’

He says he tries to use the word as little as possible, preferring to say inclusion. ‘The word inclusion is about everybody, it's about everyone being included and working towards that common goal. I believe that the word diversity creates divides and barriers and it excludes a lot of people. Nobody should feel excluded from anything. No matter what your upbringing, background or who you are, we're all different and we all bring something to the table. Inclusion is a better word to use because everyone feels that they have a voice.’

The conversation moved on to the employee resource groups or diversity networks that many businesses have. I asked Colin what he thinks the role of these networks is. His concern was that companies set them up because then they can use them in their advertising and say, 'We're a diverse company because we have an LGBT+ group.'

Colin asks, ‘Do I want to be in a group because I'm black? Do I want to join a group because I'm gay? No, I don't. Being black and being gay is who I am. I'd much prefer to join a group of people that have the same passions and interests as me. Joining a group like that, you're going to meet different people with different experiences, from different backgrounds, so you can learn from each other. What connects you is that passion for something other than who you are. Who you are is who you are.’

However, Colin points out that networks can have an impact if they have a tight focus and clear purpose, for example around recruitment. He still wonders if employees even want these groups adding, 'I can’t see how they break down any barriers or bring different people together'.

Colin outlined his top tips for creating an inclusive organisational environment. 'The first thing to do is to ask people what they want. Survey them, then pick two or three of the top things that people feel need to improve or change. Work on those and implement them quickly. When you do that, people will feel they were listened to and see that action is being taken towards becoming more inclusive. Then build on that.’

He also advises looking at every stage of the employee life cycle to improve it. 'With time and investment, this takes at least three years to get off the ground. It’s a continuous improvement process that adapts and changes. As new people come in the business itself will change. It’s important to ask what does the business need? Continually working to improve the environment means people feel that they can be who they want to be at work. If you can achieve that, it improves productivity, your product, your services. You get a wider customer base because you're creating an environment where people feel that they can input and be part of something. That can change the direction of the business for the better.’

As Colin has worked across many sectors, I took the opportunity to ask him to explain his understanding of what inclusive growth is.

‘For The Telegraph, inclusive growth is readership. Take the magazine doing an article about a cup. When the journalists come from different backgrounds there’s likely to be a better story. One journalist might have grown up in a village in the north of England, where that cup factory supports that town. You can talk about how great the cup is and how pretty it looks, but then there's also that story behind it. How that business supports a whole community, and how buying that cup will too. The story is richer and you are putting something back in when you buy the cup. If you've got more input from people from different backgrounds, then it's going to appeal to more people, which brings a larger readership.

Channel 4 is similar in the sense that it's about its viewers. Thinking back to being younger, I didn't see myself represented on TV. For Channel 4, it's all about representation, people seeing themselves on screen. Viewership increases because you're appealing to a wider range of people.

With British Airways it’s passengers and their customers. When you meet people from different cultures and backgrounds, you find we're pretty similar. Our needs and worries may be slightly different, but we're all people. Understanding what's important to somebody because it's part of their culture means you can solve that issue or deal with it. Making them happy will have a huge impact on how they feel about flying British Airways and also how they see you. It improves the employee’s quality of work-life because you're able to understand and deal with issues better. So inclusive growth for an airline means that it attracts more passengers from all over the world. Passengers will feel comfortable and they'll want to fly with you because they are being treated as individuals and their cultural differences are being taken into account.’

Catch up with Colin on LinkedIn. His profile is set so that anybody can send a message. He says, ‘Please feel free to drop me a line and I'll get back to you and we can have that one-on-one conversation about your diversity and inclusion business needs.’

Diversity Inclusion Talent Management Media Airlines
The discipline of project management ensures the successful implementation of organisational diversity and inclusion.’ — Loraine Martins, Director of Diversity and Inclusion at Network Rail
Inclusivity: you only find out what you need to know by asking people about the problem
Lived experience of employees is more important than written working practices