Doubling Down on Diversity and Inclusion 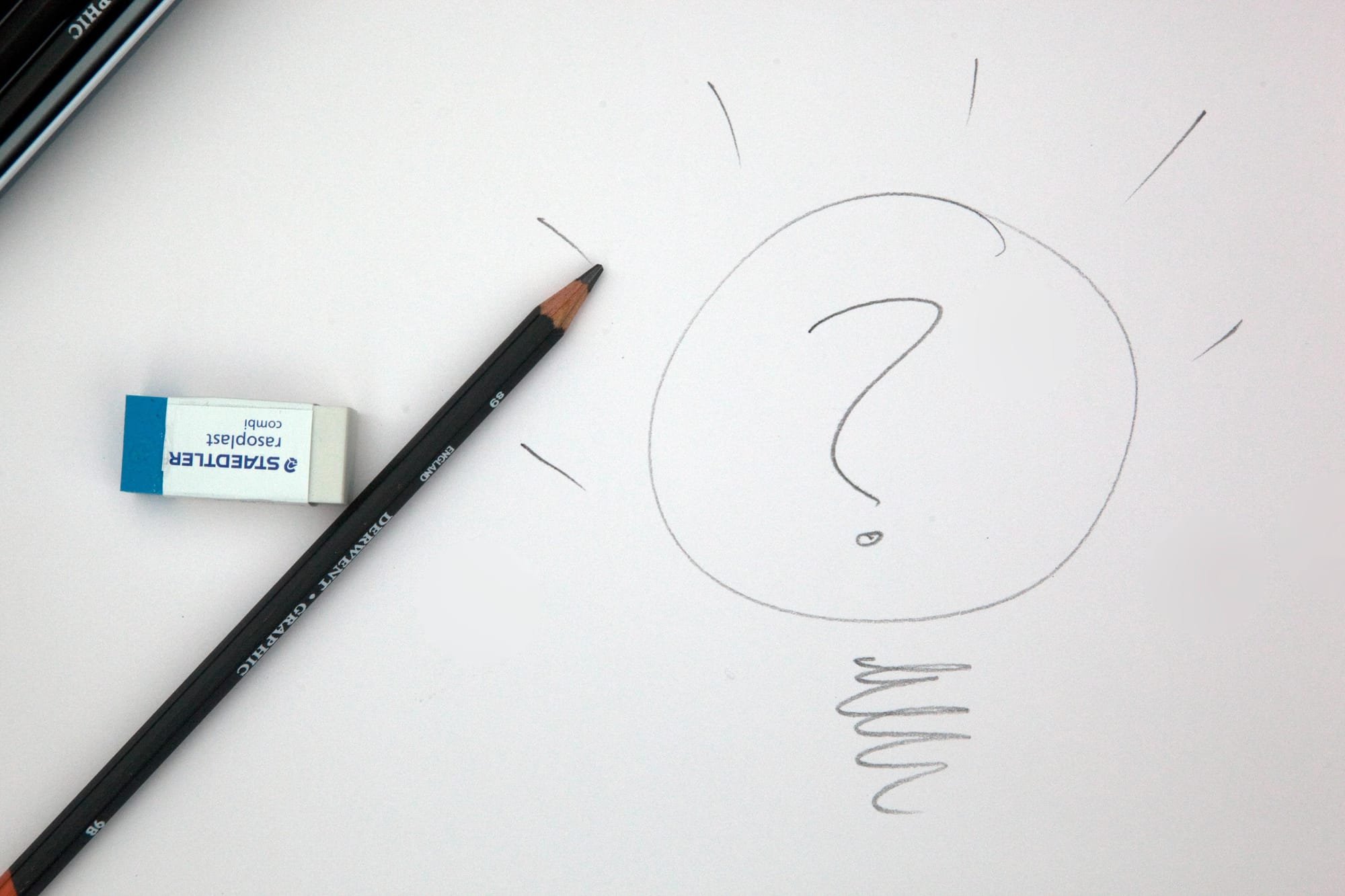 Stephen Frost is the Chief Executive and founder of Frost Included, a leading Diversity and Inclusion Consultancy. It helps build inclusive organisations through addressing D&I strategy, data, governance, leadership, and systems. Stephen was the Head of Diversity and Inclusion for the London 2012 Olympic and Paralympic Games. His responsibilities included diversity across a 200,000-person workforce, procurement of 57 delivery functions to inclusivity in an 11 million ticket program, and accessibility at 134 venues.

Before that, he established and led the workplace team at Stonewall. He has also headed up diversity and inclusion at KPMG, the global professional services firm. Stephen teaches inclusive leadership at Harvard Business School, Singapore Management University, and Sciences Po in France. He is the author of three books on D&I, the most recent being Building an Inclusive organisation: Leveraging the Power of a Diverse Workforce.

I asked Stephen how he thinks that the current pandemic and the economic downturn is affecting diversity and inclusion in businesses? Stephen paused to acknowledge that the pandemic has been a tragedy for many, saying 'People have lost loved ones and more will be lost in future. It doesn't get worse than that.'

In terms of diversity and inclusion within organisations, he thinks we are seeing a mixed bag. ‘On one hand, some organisations cancel, de-prioritize, downplay. That diversity and inclusion has probably always been compliance-driven or marketing-driven in a relatively superficial sense. The upside is that we are seeing some organisations doubling down on their D&I efforts. It's becoming part of the strategy that's going to get us through this crisis. So not simply a nice-to-have-this but a key methodology for how we can emerge more inclusive and stronger from this crisis.'

'Yes, massively. Unconscious bias is a natural part of the human condition. We're all undergoing bias in our daily lives, it's part of being human. But I think that at times of fear, crisis, or stress, we know that often a lot of biases are activated and heightened. Particularly at the moment, we're seeing affinity bias go through the roof. When we feel stressed or under pressure, fearful or vulnerable, we tend to hunker down to what we already know. Then there's confirmation bias, sticking with what we already know rather than being curious about what could be or a different way of doing something or even experimenting. The downside to that is we could limit the options available to us to solve this crisis. So I think that unconscious bias is playing out. It's about making people aware of that and then we can take mitigating action.'

I observed that during the current situation, it's not business as usual for D&I roles. I am seeing practitioners becoming inclusive crisis managers. I asked Stephen for his thoughts about how organisations can respond to the crisis in an inclusive way.

'I've got the most respect for NHS doctors and nurses on the frontline who are probably under the most stress and pressure in life and death situations. If they can carve out a few minutes to just grab some fresh air, go to the corridor and reset their brains from system one, thinking fast to system two, thinking slow… If they can do that, then we can all do that. We should be taking a lead from those on that frontline. Take a step back to ask, "What's my job here as a leader?" Think about how that can work in the organisational contexts we find ourselves in.'

With so many changes to business infrastructure to accommodate mass remote working, organisations having to put people on furlough, or let people go, the way we work is evolving rapidly. I asked Stephen for his thoughts on what organisations should be doing because of these business changes. He suggested starting with the basics, thinking about Maslow's hierarchy of needs.

‘First, by asking are our people safe? Are we doing what we can? I was quite struck by the letter that was published from Airbnb who are making, I think, a quarter of their workforce redundant. I don't want to comment too much, but by making the letter publicly available, I was struck by the fact that the CEO started by caring about the people. Ensuring that lots of benefits remain with their people as long as possible. So they can keep their laptops, they can have access to mental health services and so forth.'

The second area Stephen highlighted is to try and think about the post-COVID world and explore what this new normal looks like. There's so much that's unknown but it is going to go on for quite some time.

'People will work in a different way and in a different place. Some people cope better with change than others. I think when one variable changes, we can kind of cope, but when multiple variables change at once, it can be discombobulating. People can feel very unsettled. So how do we give people space and the empathy to just acknowledge that impact and help them find their way through as the concept of the workplace fundamentally changes?'

Stephen talked about his fears, hopes and predictions for inclusivity as business recovers from the pandemic. His negative was that for some, it'll be off the agenda. 'That's a tragedy, but to be positive, for those where it is very much part of the mix, the work will be more profound than ever. More than a diversity week, a few awards, or a programme over here for a group that the majority and the power don't even know about. We've all been through a collective grieving experience. People will want more from their jobs because they're questioning more about life. Maybe they'll be less satisfied with a job and a pay cheque and a "Thanks very much". We've experienced death, tragedy, real loss and fundamental changes in the way we live our lives. If I'm working with you, I want more out of it than my pay cheque quite frankly. And that's been a trend that's been on the horizon for quite a while, hasn't it?'

Stephen believes that the pandemic has forced the issue. He hopes that inclusion not just survives, but thrives.

'The counterfactual we see is relatively superficial stuff, from some companies, called Coronawashing. In the same way, there's pinkwashing, there's Coronawashing. So great, we clap for our carers, but are we paying fundamentally decent wages with proper working conditions? Are we tackling bullying, harassment, which is based often on discrimination? We need to go beyond this Coronawashing stuff.'

Another prediction Stephen made was around changing work habits. It takes 30 days to change a habit and lockdown has lasted way past that. More people will want to do flexible or agile working which will be more acceptable in businesses.

'I've talked to some of my clients who admitted to a two-tier approach to flexible working previously. Despite supporting flexible working, they might think there were certain individuals in the company that couldn't be trusted to work flexibly, or they thought the role couldn't be done outside of the office. Over the last couple of months, they've realised those people can absolutely deliver on their jobs whilst working outside the office. That shift will help inclusion, as it accommodates diverse people. Those with caring responsibilities, health conditions, all that kind of stuff. With families at home sharing childcare responsibilities and men perhaps taking a more active role, that could go also some way to closing the gender pay gap.'

We discussed what inclusive workplaces might look like post-pandemic. Stephen believes spaces will be redefined as organisations cut back on office requirements. This presents an opportunity to make the remaining footprint accessible. Other considerations might include flexible hours, what the commute looks like and on-site childcare facilities.

'Then there's how the work gets done. With remote working, technology is here to stay. What does that mean for line management, performance reviews, bullying and harassment, disciplinaries, team working? Take some time now to experiment and test run things which you've always wanted to do but never got around to or were not sure of.'

Stephen reflected that, to a certain extent, it’s like his experience back in 2012 with the Olympics and Paralympics. 'This is a crisis, then we had that pressure of an immovable deadline. We tried things we might not have bothered with previously because as the clock counted down, you couldn't kick it into the next quarter or the next committee. It was, "Are we gonna do it or not?" We can use that mentality now. Let's give it a go, try it, and then we've got something new to use in the next chapter.'

I told Stephen that I talk about inclusive growth in my book and podcast because I want to reframe diversity and inclusion conversations strategically. So for business leaders, it's important for them to have the ear of the CEO. I asked him what inclusive growth means for Frost Included and how he'd seen this kind of approach to D&I playing out for clients?

'I couldn't agree more about inclusive growth. It’s like a growth mindset plus economic growth. by expanding the possibilities and the value available. Take pharmaceutical companies, including diversity in the R&D and clinical trials. This leads to treatments that serve more patients and save more lives. Another area of growth is finance. Decision making needs to be better by de-risking groupthink and silly decision-making as we've seen in the crunch 12 years ago. In that sector, it's about encouraging new perspectives and thoughts to ensure sustainable decent growth over the long-term. In tech, it's really around the design processes and de-biasing algorithms. For example, there's a Georgia Tech study done about four years ago where driverless cars were bumping into black folks more than white folks because the camera-based AI technology wasn't seeing darker skin tones. Just ridiculous, right?

It's absolutely strategic to think about diversity in the design process so that we produce goods and services which will work for all customers. So I'm with you on the inclusive growth thing. I think in all those examples we can see how it actually impacts decisions that are made now, which generally improves the possibilities open to us down the line.'

Value through Vulnerability Podcast Interview
The discipline of project management ensures the successful implementation of organisational diversity and inclusion.’ — Loraine Martins, Director of Diversity and Inclusion at Network Rail
Inclusivity: you only find out what you need to know by asking people about the problem