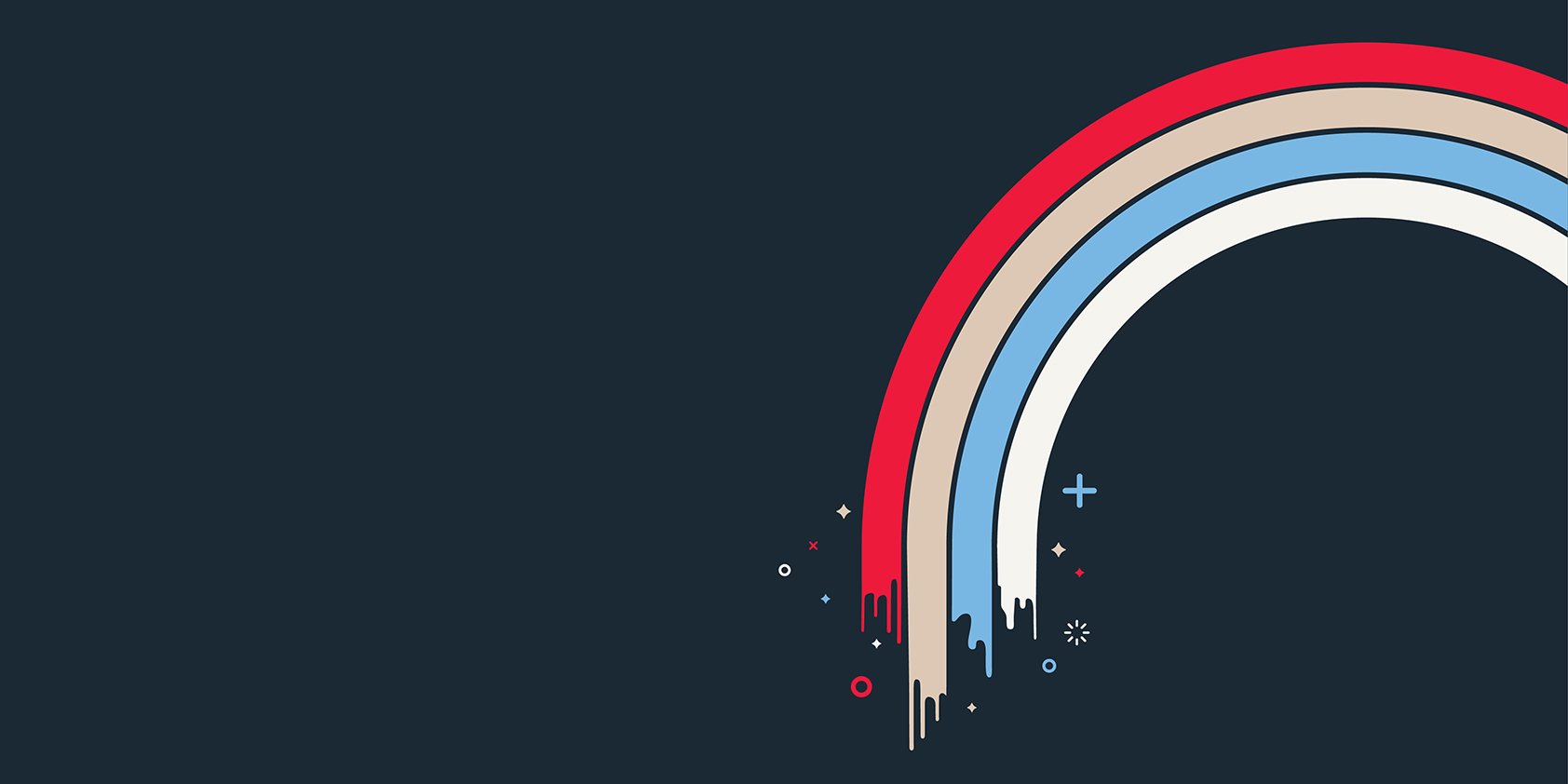 For the first Inclusive Growth Show, I spoke to Jennifer Pyne, Head of Brand at Radley Yeldar, or RY. I invited Jennifer to share the thought leadership and reporting the company recently put out around diversity and inclusion.

Jennifer began by explaining her role at RY. “I’m responsible for all of the brand strategy and visual identity work. We work with clients all over the world on brand and communication strategy. Part of what sets us apart is in-depth audience expertise. We understand stakeholders, employees, consumers, customers, citizens, governments, investors, you name it. Through this audience expertise, we get a perspective on different kinds of complex issues that companies grapple with.”

I asked Jennifer to outline some of the mistakes clients or organisations make when communicating about diversity and inclusion, either internally to their employees or externally to the outside world.

Jennifer was clear. “Mistakes are pretty widespread. We created the thought leadership piece and report because we kept seeing companies wanting to do work around D&I, but when it came to visualizing it or communicating it, it wasn’t great. We saw a lot of visual clichés like non-LGBTQ rainbows everywhere. Anything under the D&I umbrella was covered in multi colours or hand symbols. We don’t know why hands are the artificial emblem of D&I, but we saw high-fives and thumbs-ups, hands growing out of the ground, hands of different colours. Really bad stock imagery with companies trying to take every single diversity box.”

I definitely took Jennifer’s advice to heart when redesigning my business brochure. “The brief I gave the designer was: please no multicoloured hands or rainbows anywhere! My follow up question was, “based on those mistakes or clichés that you have seen, what are clients asking for help with?”

“Honestly, Toby, companies are trying and do see diversity and inclusion as a corporate priority. They see the business benefits of it, they know how important it is. There’s this energy around D&I. Companies want to do something but they seem to completely forget how communications work. They decide, forget our brand, we need a D&I brand. Or, our competitor is doing this and it looks like that, so therefore we have to do it and it has to look like that.

This is not how to win with your audiences. Brands and competitive advantage is almost forgotten because people think D&I is a different thing. And I think that happens because it’s confusing. It’s a complex issue and not easy to get across. D&I is this umbrella term that doesn’t get to the heart of each of the issues that make it up. So, right there, you’ve got a hugely challenging communications issue that you need to overcome.

I think it’s still this thing that everyone’s just trying to work out, and nobody’s actually doing it brilliantly. There’s no guidebook. There’s no here’s what you should and shouldn’t do. Without that practical guidance, it’s a bit of a minefield.”

I also asked Jennifer if she had noticed any other mistakes made by organisations when considering the accessibility of their communications.

“I think that’s a big issue. One example from the design world was this beautiful, creative breast cancer awareness idea that won many awards called ‘The Blind See More’. The concept was that those who are visually impaired are better able to detect breast cancer. That’s an amazing insight highlighting hidden talents that can be there when you have a disability.

The campaign was a design-led, craft-driven exploration using Braille. But later it came to light that people who can read Braille couldn’t read the visual language that was created. It’s a classic example of just not thinking about the accessibility of the audience, particularly, when you’re basically appropriating the very thing that they use to read.”

RY has extensive experience to draw on, including in-depth analysis of Forbes 100 most valuable companies. So I asked Jennifer what their research suggests good looks like, particularly when it comes to creating visual identities for communicating diversity and inclusion.

“We wanted to see how often these clichés happen. We had the sense they were everywhere, but we wanted to go further with data. We found that 89% of these top 100 companies were communicating D&I which is great, but nearly half of them, 47%, are using these clichés. That’s a huge statistic when you think about the power of these brands and these companies. It’s clearly a widespread problem.

We realised that we needed to put practical guidance out there to make it a bit easier for people. Brands were trying so hard to get it right that they were pussy-footing around the issues, not focusing on clear communications and inadvertently offending the very people they were dancing around. We came up with a term for it that we called the self-fulfilling faux pas. When you’re trying so hard not to get it wrong that you then get it wrong. To fix this phenomenon we came up with 10 principles to get D&I communications right.”

Jennifer shared another example of getting it right. “We recently did some work for the International Labor Organization, which is the UN agency responsible for setting standards for decent work around the world. The brief was to encourage more employers to consider employing people with disabilities. It’s a big problem where unconscious bias gets in the way and people with a disability have a harder time finding gainful employment.

Inspired by the DIVERSish film, we wondered how to create a film where we talk about how important it is to hire people with disabilities. We knew we needed to change perceptions because everybody knows that on paper, right? That doesn’t really make you think. So we thought rather than talking about the disability, what if we talk about talent? What if we talk about all the skills disabled people bring to the workforce? We juxtaposed that with the horrible discrimination that disabled people face on a personal level, all the time. There’s no way that wouldn’t be the mic drop moment for anyone watching it.

We called the film Invalid Opinions, a sort of reclaiming the word invalid to highlight that when people discriminate, it’s their opinion which is invalid. It got more than a million views and shares around the world. It helps the employment market look at disability and talent as an important workforce issue.”

I asked Jennifer about one piece of advice she would give to a D&I practitioner, HR Director or CEO wanting to embed D&I organisationally. “How can they build more inclusive communications, or communicate their diversity and inclusion aspirations in a better way?”

Jennifer’s advice was to use the same care, attention and audience insight that would guide any other communications. “At the end of the day, all diversity and inclusion is about relating to and connecting with your audiences. So, I think it’s trying to get your head into D&I and to think about it as a communications objective.

There’s any number of stats that show that when you have an inclusive workforce, and when D&I is at the top of the true corporate agenda, that those companies financially perform better, they recruit better talent.

Goldman Sachs recently announced that they will not take public any company that does not have at least one diverse board member. And although that term comes across a bit awkward, it starts to show that if one of the biggest and most powerful investment banks in the world isn’t investing in companies unless they’re making this a corporate priority, clearly there’s a financial benefit there.”

Finally, another way to promote inclusive growth is to tackle unconscious bias in the workplace. The whole thing is a catch-22 with unconscious biases because people don’t realise that they’re biased. We worked with a multinational recently and had to make them stop and think. It wasn’t just a check your bias moment, we had to get people to realise that they’re part of the problem. We created this big campaign to help everyone in the company discard any and all assumptions they have using all kinds of different visual metaphors.

It was critical we didn’t create a separate identity for this. It had the look, feel and brand identity that’s so recognisable and understood as part of the company’s core brand. The wide-reaching campaign was great, but the best part was in the stats. After having seen the campaign, 58% of employees agreed that it made them feel more positive about working there. Another 63% had a conversation with their line manager about respect and inclusion. If you’re getting those proactive conversations coming on the back of a campaign, you know it’s been a success. Following our guidance really helps you achieve your objectives.”

I wrapped up by thanking Jennifer and checking where my listeners can get hold of the report we’ve discussed.

“RY has created a content hub called Inclusive by Design on our website. If you go to ry.com, you’ll find it. The report is on there, ‘Demystifying D&I’ which is a mouthful, but it’s that practical guide to tell you exactly how to get started.

Diversity Inclusion Branding
The discipline of project management ensures the successful implementation of organisational diversity and inclusion.’ — Loraine Martins, Director of Diversity and Inclusion at Network Rail
Inclusivity: you only find out what you need to know by asking people about the problem
Lived experience of employees is more important than written working practices